FURTHER UPDATE: Time is Up for Con Artist Madam Yang

UPDATE: A donor who kindly gave Mrs Yang $10,000 and then went to visit her shelter wrote an article about his experience and other eyewitness reports.

China’s Dog Rescue Hero and Her Concentration Camp of Misery

Amidst many reports now coming out of China that Yang Xiaoyun is a dog trafficker who takes donations to save dogs and cats from the meat trade and then sells them back to dog butchers, the following report was published.

Submitted by the Representatives of the Four Animal Protection Groups on behalf of the Co-signing Organizations 20.09.2015

We, Chen Mincai (director of Chongqing Small Animal Protection Association), Chen Yunlian (founder of Chengdu Shuangliu Home of Love Animal Rescue Center), Jiang Hong (founder, Xi’an Red Pomegranate Companion Animal Protection Association), and Yue Yue (member of Beijing Garfield Cat Animal Protection Volunteers), would like to present to you a report on our visit on September 17th to the shelter of Yang Xiaoyun in Tianjin. To seek truth from facts, have first-hand information, set the record straight, and to verify the claims made by the critics regarding Ms. Yang’s shelter and dogs, claims cited in the joint statement co-signed by animal protection groups across the country, we, on our own expenses, arrived in Tianjin to conduct the on-site investigation. The findings presented here are what we saw and experienced at Yang Xiaoyun’s shelter.

1.  Our interactions with Yang Xiaoyun and her family

We arrived at Yang’s old shelter in the afternoon of September 16. The shelter was empty. Dogs had been moved to Yang’s new shelter. When we showed up at Yang’s new shelter, we saw an agitated and hostile Yang who went so far as to call the police. Seeing that we were handling the situation calmly, Yang might have realized that she had overreacted to our surprise appearance. She agreed to have us back to the shelter the next day morning. We arrived at the shelter in the morning of September 17th. With Yang’s consent, we walked into the shelter. However, we were met by a 30-year old and physically strong man who was holding an steel rod in one hand and taking pictures of us on the other hand. He shouted that no picture taking was allowed. We later learned from Yang that this was her son. We also met with Yang’s daughter-in-law who was with us for the rest of the day.

Yang’s son made it clear to us that no photos and videos were allowed in the shelter as soon as we entered the shelter. To avoid conflict, we did not take photos or shoot videos.

3.  The number of dogs in the shelter we visited

4. The total number of dogs under Yang’s care

How many dogs Yang has under her care? This is a major concern of the critics in China and overseas. Yang claimed not too long ago in a program of Tianjin TV that she had more than 4000 dogs in her shelters. We asked Yang if she really had this many dogs. She replied that the 4000 dog number was suggested to her by the producer of Tianjin TV. We asked further how many dogs she had indeed then. She said that she should have more than 2000 dogs.

Therefore, Yang admitted that her claim of 4000 dogs on Tianjin TV was a far cry from the 2000 dogs she said she had in her shelters. Yang’s shelter is altogether 3 mu (1998 square meters) in size. Three mu is hardly big enough for 2000 dogs.

5. Conditions of the Dogs

The dogs in the shelter we visited were in shocking conditions. We are extremely worried about the dogs. More than 85% of the 400 or so dogs have skin illnesses of various severity. Yang admitted that the dogs were in very poor health conditions. The skin problems were so serious among some dogs who barely had any hair left on their bodies. Others may have suffered a long time from the skin problems. One of the female dogs had her womb out of her genitals. The poor dog was followed by a few big dogs. Seeing the shocking conditions of the dogs, we, animal protectionists ourselves, were at a loss for words to describe our shock and disbelief.

A clean and well-maintained shelter is the first defense against illnesses and the spread of illnesses. Yang’s shelter, utterly dirty, covered with dog waste, and offensively smelly, was not cleaned for two days. Yang admitted that no one had cleaned the shelter for two days. We pointed out that daily cleaning is a must. We asked if Yang was following this rule. Her answer shocked us and was totally unacceptable. She said: “You would have dog waste on the ground even if you clean the shelter eight times a day.”

Seeing the ugly situation of the shelter, we decided to help remove the dog waste. Yet, to our surprise, there were no tools for cleaning the shelter. The only thing we found was a dust collection pan that was broken. We wondered if workers who have to bring cleaning tools from their own homes. In desperation, we purchased some tools for cleaning from a nearby store.

In response to our criticism of the shelter being unacceptably filthy, Yang and her daughter-in-law defended their negligence saying “Yang had difficulty doing it all by herself.” We told them that shelters with hundreds of dogs and cats must have permanent workers to take care of the dogs and the shelter. By looking at the unacceptable sanitation situation and the fact that there were no even tools for shelter cleaning, we believe that Yang hired nobody to do the job.

Yang admitted that she failed in three areas:

She admitted that she exaggerated the number of the dogs under her care in media interviews.

Yang made the following promise: She would improve conditions in her shelter in the next 3 to 6 months.

9. A summary of our findings and recommendations

Yang should attach greater importance to the welfare of the dogs under her care. She should take immediate measures to: 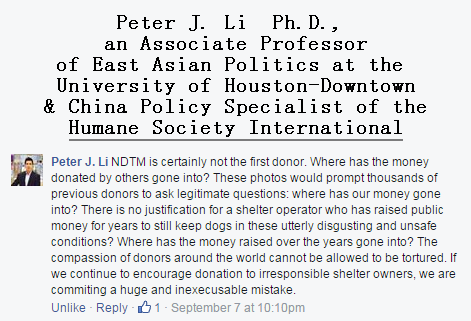 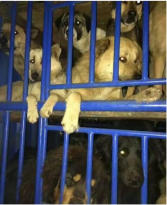 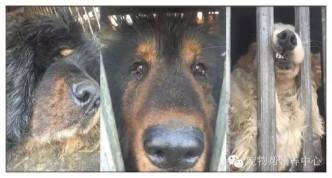 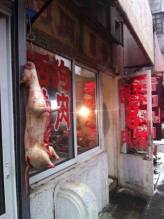 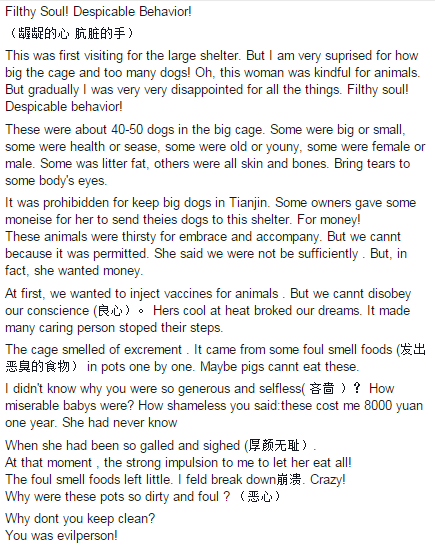 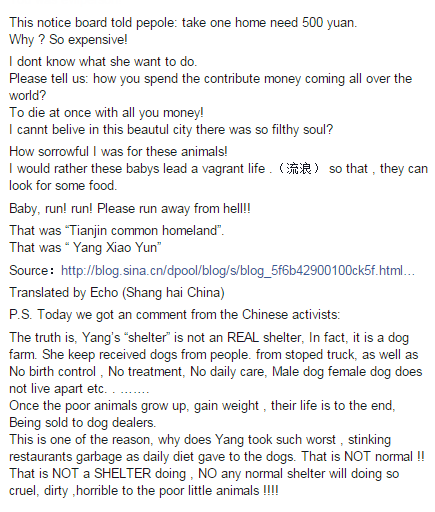 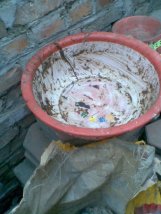 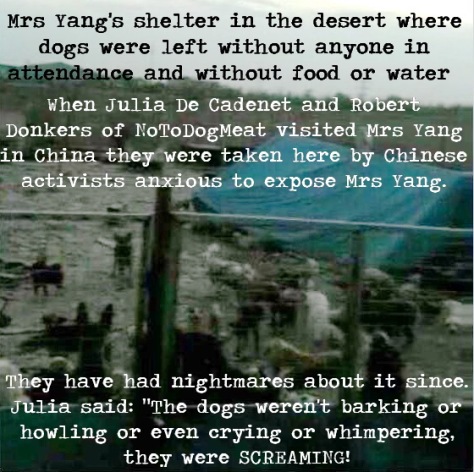 For the original article, plus more information, also in Chinese 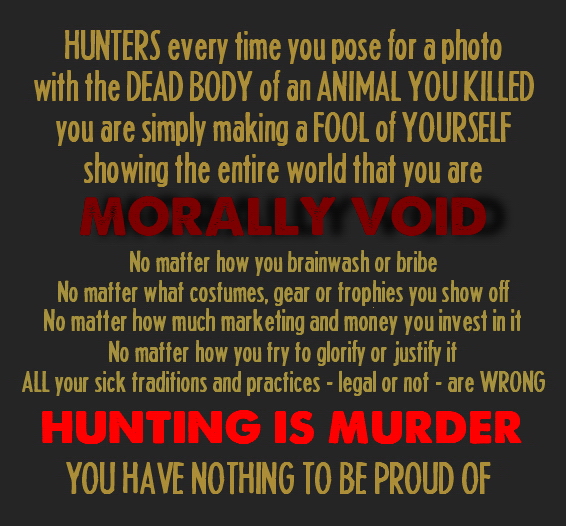 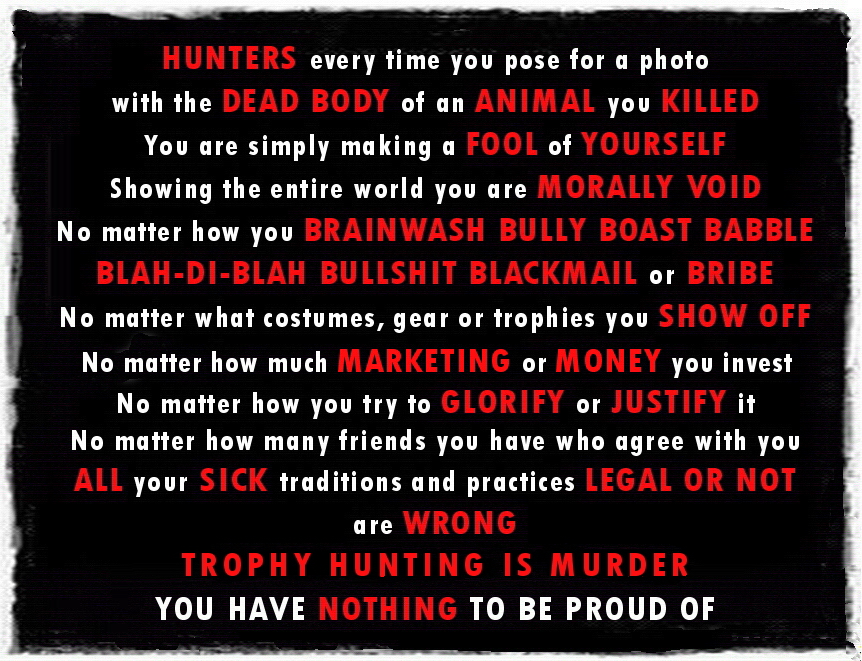 Before it's too late…. 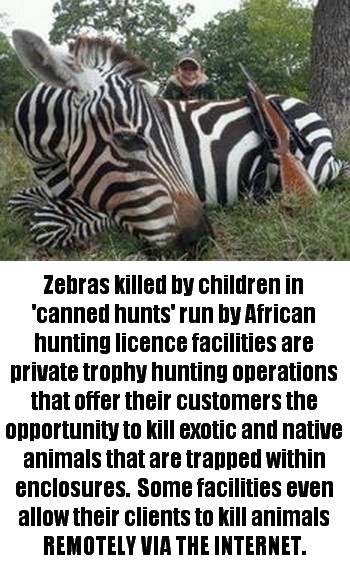 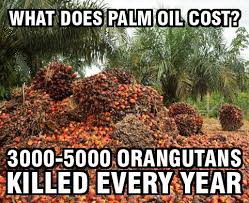 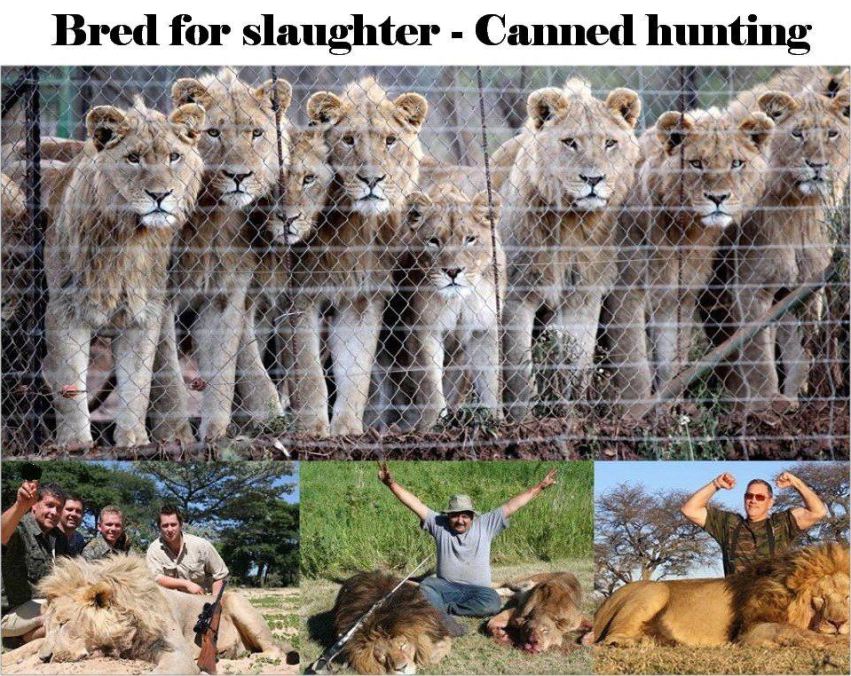 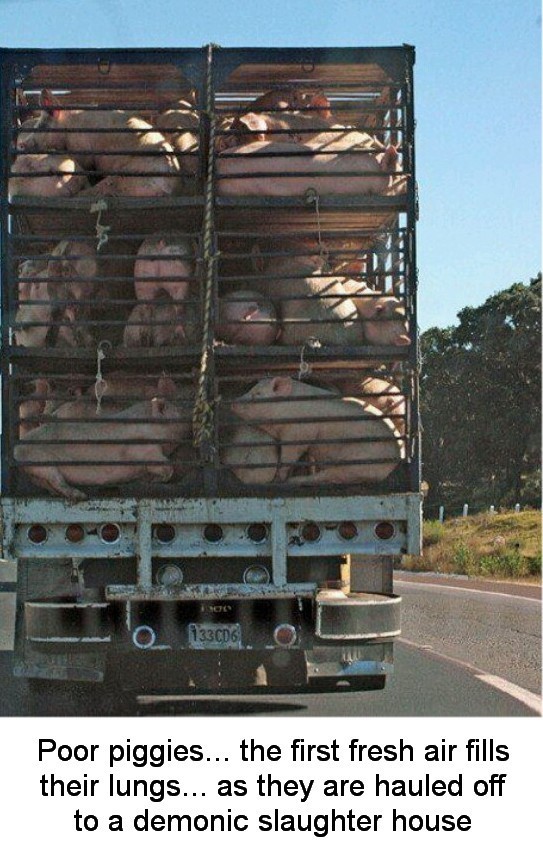 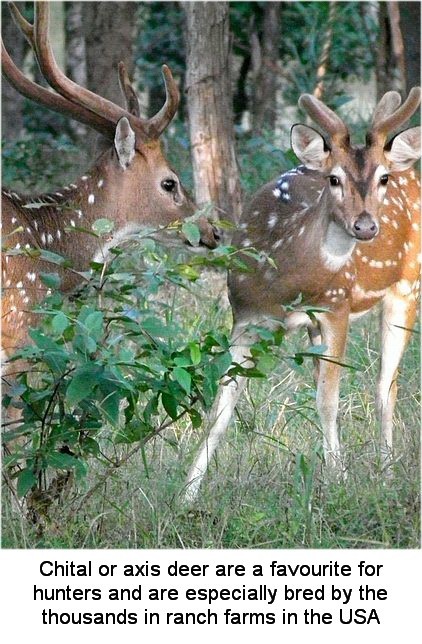 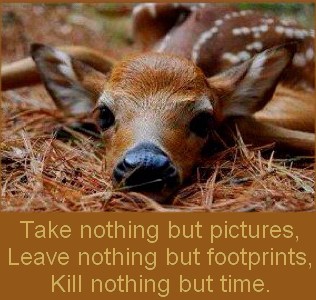 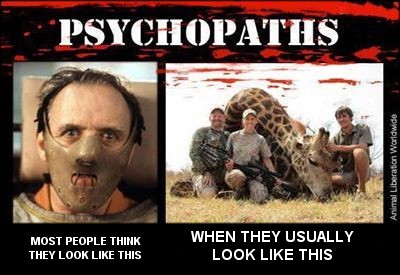 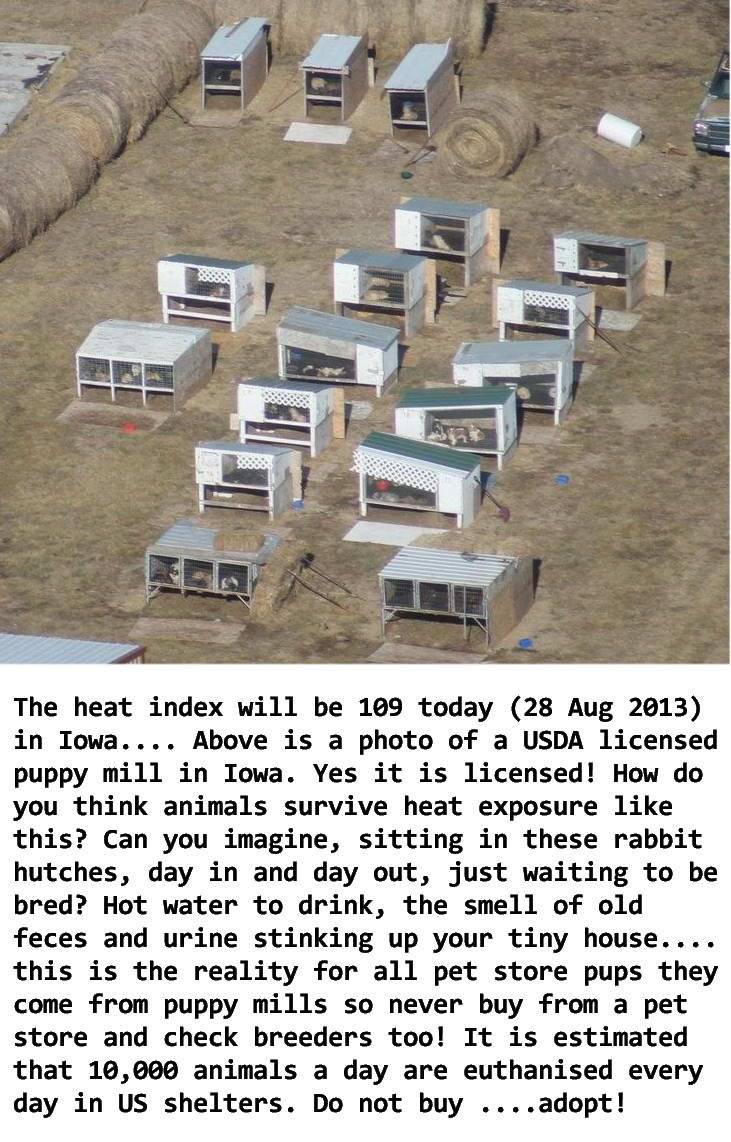 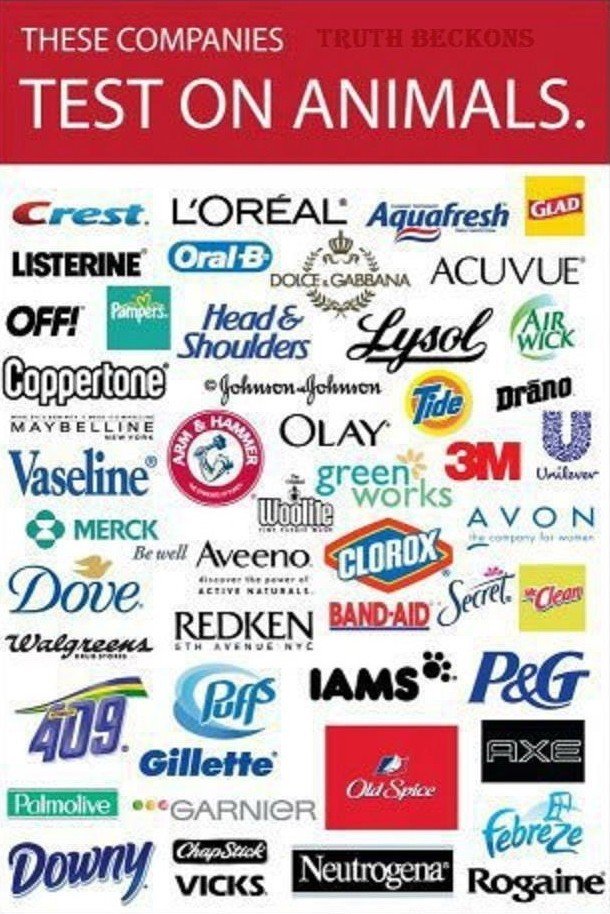 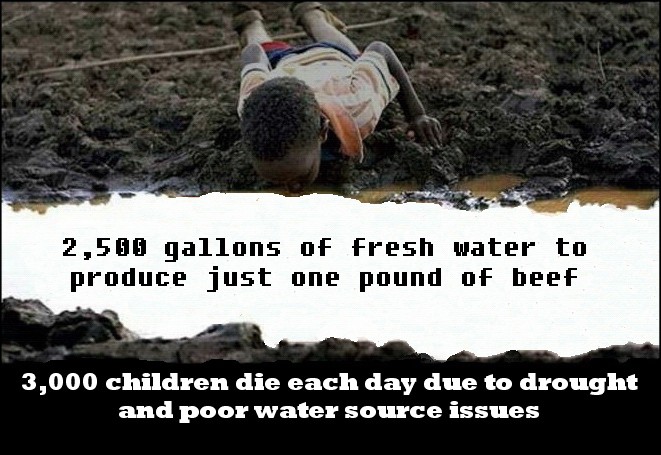 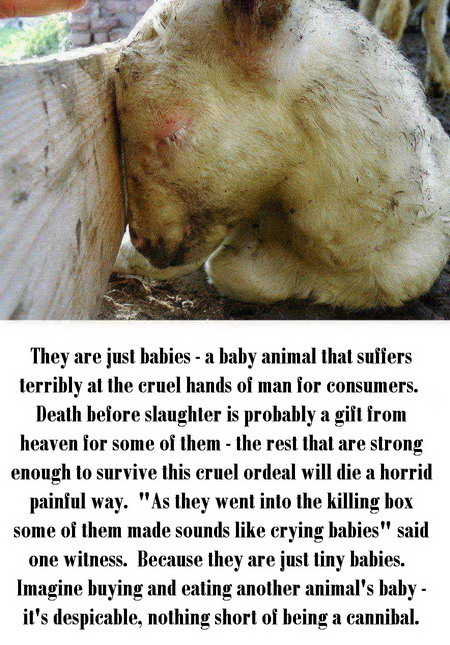 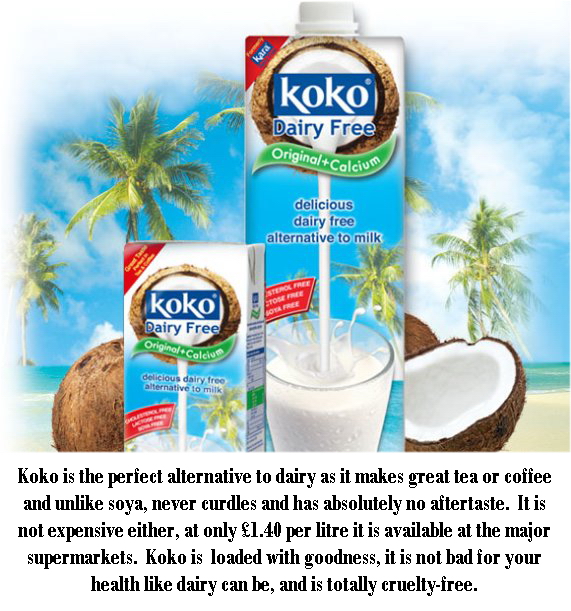